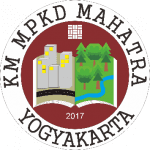 The Student Organizationfor Master of Urban dan Regional Planning at UniversitasGadjah Mada commonly called KMMPWK MAHATRA UGM, is an institution that becomes a forum for MPWK UGM students to gather and channel opinions.MAHATRA itself stands for MAHIJA ANAM IHATRA which means The Son of The Earth Organizes the World. MAHATRA was officially formed on August 31st, 2017. Initially the formation of MAHATRA was pioneered by a group of students in one of the activities carried out by the MPKD (name before change to MPWK)Study Program in 2017. The initiation arose when the activity was run to form a forum for MPKD students to gather. This initiative received support from the MPKD management at that time. After obtaining approval, finally the articles of association and the household budget being composed, which will then be brought into forum and annual meetings in August 2017.

MAHATRA aims to improve the quality of student scientific publications. MAHATRA serves as a means of connecting Regional and City Planning Masters students with all elements of the Urban and Regional Planning Master's Study Program as well as with other institutions.

Empowering the academic activities of MPWK UGM and aims to develop knowledge and abilities in science related to the field of planning, especially in terms of scientific publications, and develop reasoning to further enhance the ability of students to face the world after graduation.

Strengthen relations between MPWK students, especially the relationship between classes and assist students in dealing with administration and lecturers of MPWK UGM.

Develop networks and promote MAHATRA to parties outside of MPWK UGM related to scientific publications, and inform & disseminate MAHATRA's activities.

Develop the ability of students in fields other than academics, and provide leisure activities outside of academic activities aimed at familiarizing students.